Chicken soup made from real chickens!

The chickens are 2 years old and have stopped laying for the season.
It was time for these "poules" to go into the "pot."
(That's a French kitchen joke, ha ha.)

So, it was the big ride for Kong and the girls this AM.
The "killer" was grumpy this morning as he had about a zillion turkeys to do.
There was a 47 pound turkey there!!!
The owner was at her wits end as she had no idea how she was going to put it in her oven!
Amazing!  I didn't get a shot though, too bad.

It was much the same as the Guinea experience.  Same people, same ritual. 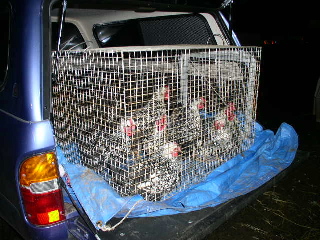 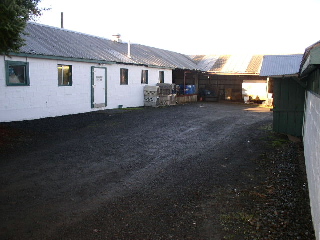 The processing place.  The 3rd generation is running it now. 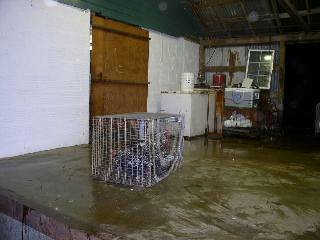 On the dock waiting for their turn. 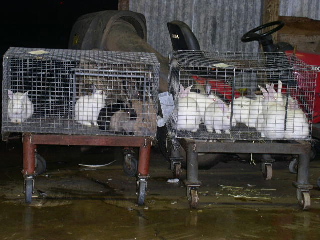 There were lots of bunnies there too.  I take mine somewhere else. 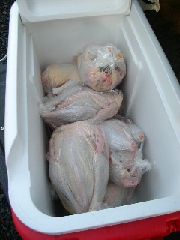 All dressed and ready to go. 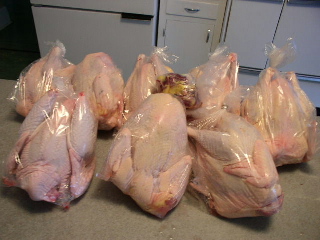 On the kitchen counter waiting for me to decide what to do with them.... 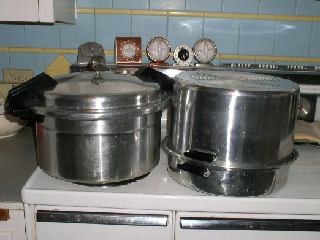 Guess what is in the left hand pot! 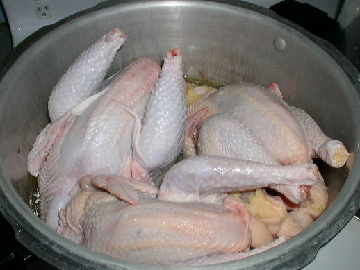 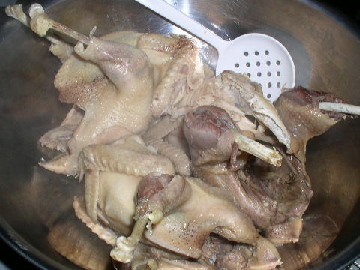 Cooked and WAY too hot to handle right away....

Meat removed from the bone.  That is REAL dark meat! 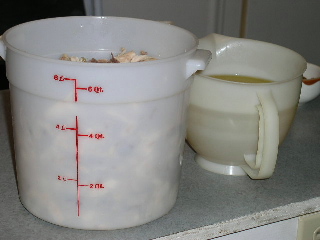 I got 6 quarts of soup meat off of the 8 birds.  Plus bones galore, plus wings for the dogs. 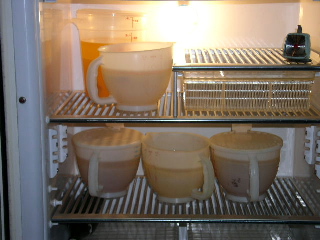 And, the most gorgeous broth I ever had to pleasure to make.
1/3 of that is fat and will make terrific schmaltz.
It is cooling until tomorrow in my old fridge down in the basement. 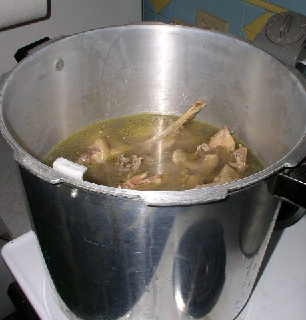 Cover the bones with water and simmer all night.
This makes a wonderful broth for soup bases, etc.

Stay tuned as I made chicken soup tomorrow!

Up (kind of) early and starting the soup saga again. 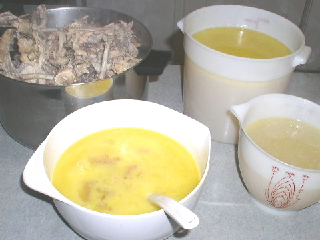 1st order of business... Separate the bones from the liquid from that broth I cooked all night.
I got 2 more buckets of bone broth, The bones are done, into the trash they go.
The fat from the broth that was cooling in the basement fridge all night is in
the foreground of this picture.  I'll let that get totally cold and hard,
and make balls of fat and freeze them.  It is excellent for chopped liver. 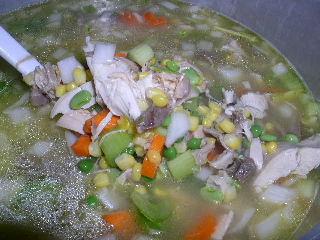 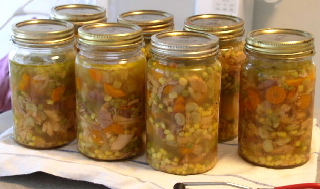 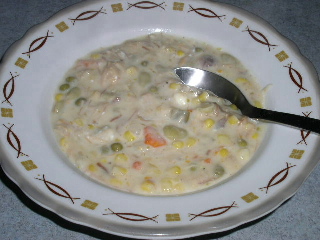 3 of the jars didn't seal, so I went ahead and thickened a jar with roux and cream
and we ate it!  It was delicious!   I must admit to a twinge or two, but hopefully
it is because it is the 1st time I have eaten something I have known.

And that is how I made some chicken soup from real chickens!

Back to the kitchen