My mother was French and I grew up on both sides of the Atlantic.

Here are a few pictures from my last trip, November 2005.
It was hot and sunny the whole time.  Wonderful weather for walking about. 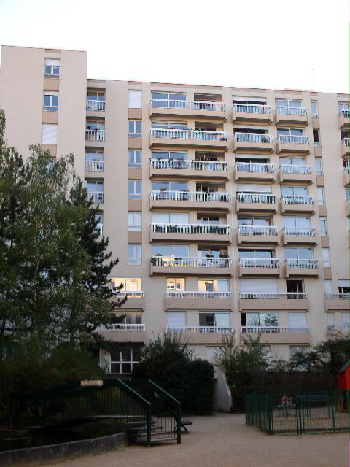 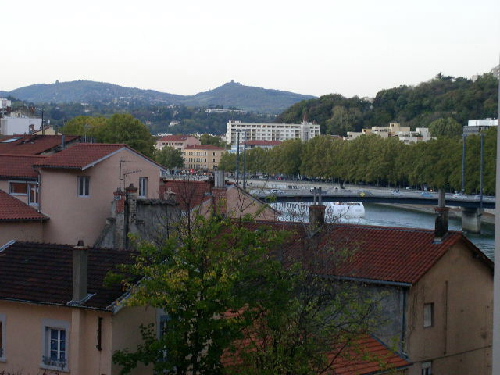 This is the view from the left side of the balcony of the apartment (much foreshortened.) 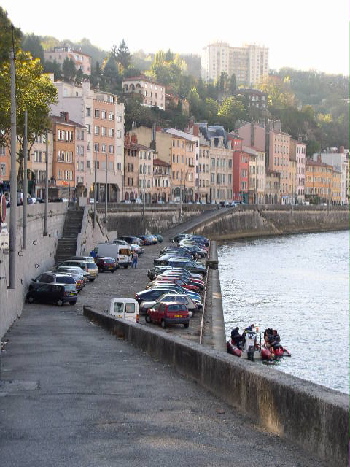 This is the quai along the river Saone along which is my apartment. 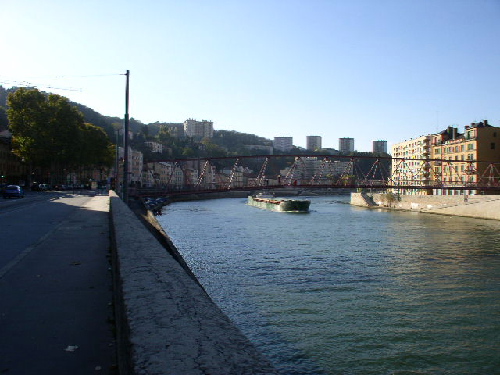 Barges use the river as a highway.  This is one of the 2 passerelles (footbridges) across the river Saone.
Lyon is much like Portland in that there are a LOT of bridges across the river.
Lyon has 2 rivers; the Rhone and the Saone (and some like to say the 3rd is the Beaujolais.  Wine joke.) 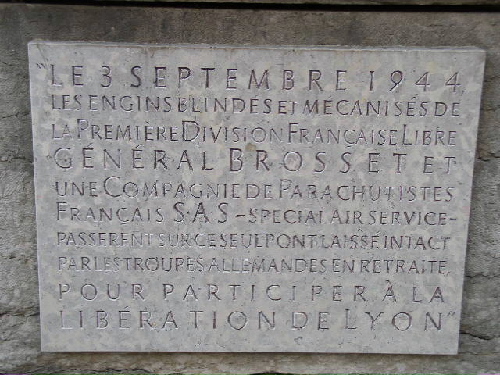 This is the story of the footbridge in the above picture.
The retreating Germans had blown up all the other bridges across the river except this one footbridge.
The 1st Division of the Free French drove their armored cars across this thing, and a company
of parachutists also crossed to help liberate Lyon in 1944.  This little bridge sways when people cross it,
so you know driving heavy armored vehicles was scary. 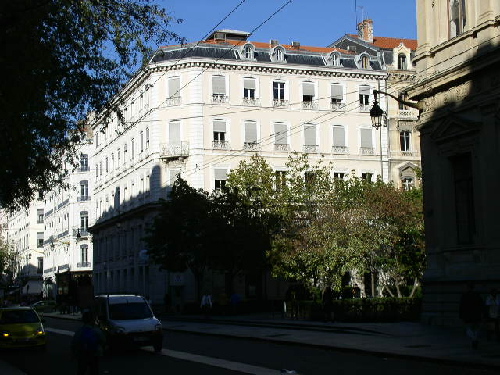 This is where my family's business was for years.  2 Place de la Bourse, which is kind of like Wall Street.
It is a very nice address and a fabulously pretty building with courtyards inside. 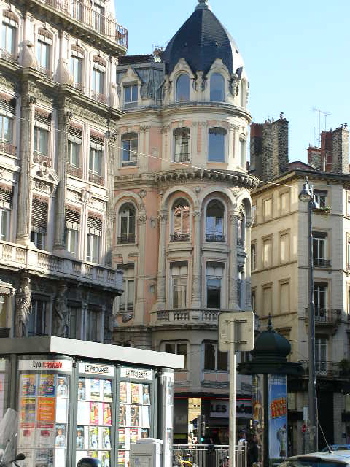 This is my dream apartment!  Can you imagine living here? 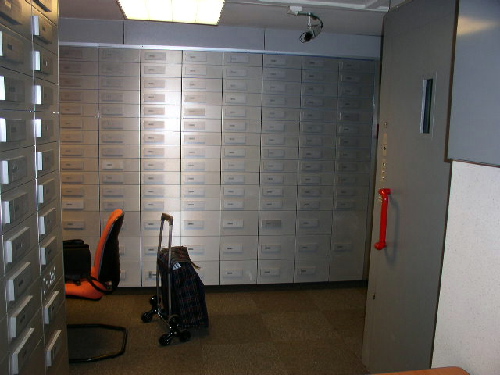 Here is my bank's vault!  I dragged stuff in and out via my old lady shopping cart.
I was cleverly disguised as a bag lady, which is my dress of choice anyway. 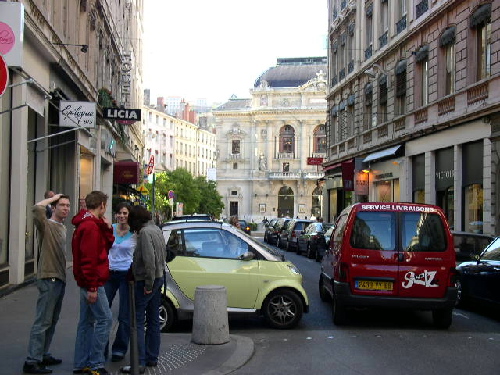 The tiny yellowy car you see is quite popular in large cities in Europe.
The streets are very narrow and parking is at a premium.  These little guys really are handy.
They are called Smart Cars and are being imported to NYC already. 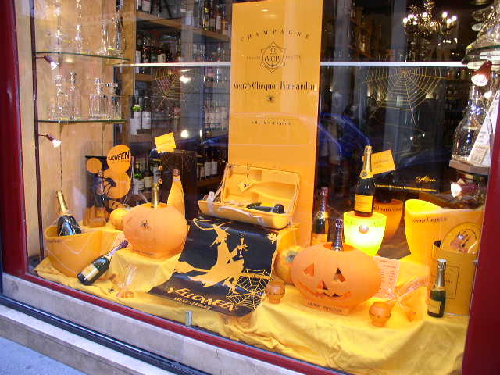 France (and other European countries) are now celebrating Halloween.
It is a triumph of marketing.  It is mostly bakeries and candy stores which really push it.
The children go to stores for candy, as well as their neighborhoods.  This window belongs to a wine store. 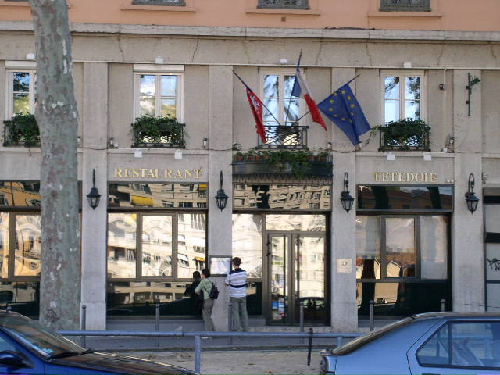 Lyon is the gastronomical center of France.  This is a fabulous restaurant where I am going to go next time I go.
My cousin and I both discovered we had never been there and wanted to.  It is about 3 blocks from my apartment. 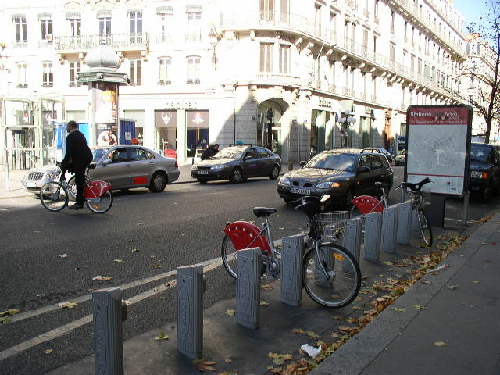 This is the neatest thing ever!!!  Lyon has now a fleet of bicycles which are part of the public transportation system.
Your monthly bus pass allows you to ride these city bikes.  There are stations all over town.
People really do use them.  It has been a huge success.  They have a website too: http://www.velov/grandlyon/com/.
The city of Amsterdam (the most bicycling city in Europe) has sent out people to study this arrangement.
I want to contact Tri Met and see what they think.  I did not use them, but maybe next time. 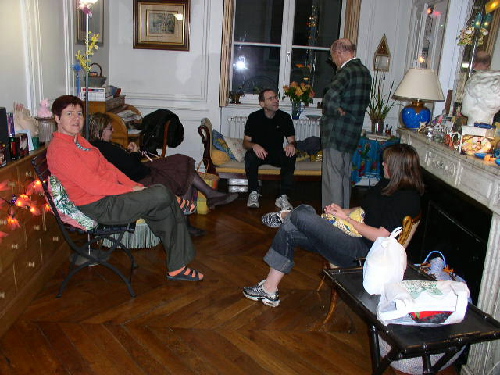 This is my cousin Helene's fabulous apartment.  She is in the orange sweater on the left.
She gave a Halloween get together at her place.  Helene has the coolest kitchen of anyone I know in France.
The man on the sofa is her brother Marc and the man standing up is my uncle George, their father.
The woman on the left is my Uncle George's wife and their daughter is on the right. 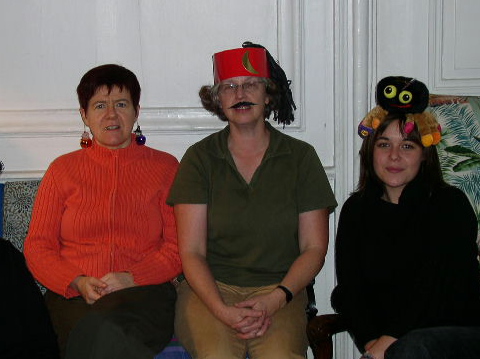 I found a costume place and decided that I would be a Moroccan man.  Hee hee! 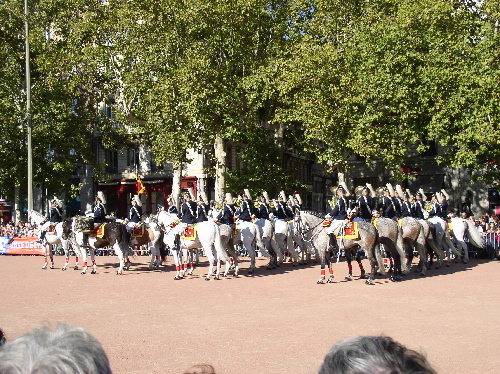 There was a huge equine competition while I was there.
There was a free show in a large square to drum up excitement for the show.
This is the Portuguese royal mounted fanfare (band.)